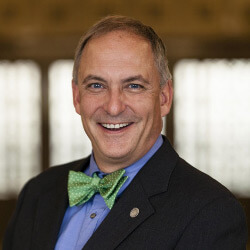 Bob Bennett is a senior fellow at the Center for Digital Government and founder of B2 Civic Solutions, an international smart cities consultancy firm based in Parkville, Missouri. From 2016 to 2019 he served in Mayor Sly James’ administration as the chief innovation officer for the City of Kansas City, Missouri. During his tenure, he oversaw smart city initiatives, including a 54-block total digitalization pilot, strategy development for the city and P3-based expansion plans.